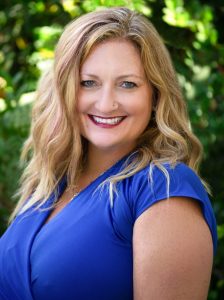 Holli joined the company in 2013. She is responsible for the day-to-day operation of the company.  She Holli also manages our Commercial Lines department, a role she added in 2015.  As a former small business owner, she has the ability to dig into the many risks related to a business operation and find the proper insurance products to protect that operation.

In 2016, Holli was presented with the Sanibel-Captiva Islands Chamber of Commerce’s Sue Rosica Gray Volunteer of the Year Award and has been named the Best Insurance Agent by the Best of the Islands poll three times.

Holli has an extensive background in marketing communications and client service.  Prior to moving to Sanibel in 2013, she worked in corporate communications the St. Louis area.  Her last position prior to joining the Heidrick & Co. team was as president of Hype Creative, a marketing agency she founded in 2005 and sold in 2012.

Holli recently retired as President of the Bailey-Matthews National Shell Museum Board of Trustees and is a past president of the Sanibel-Captiva Rotary Club.  She can be seen volunteering at a number of island events, including the Sanibel-Captiva Annual Rotary Arts Fair, Shell Museum Celebrity fund-raisers, F.I.S.H. 5K Race, Go F.I.S.H. annual gala, CROW’s annual golf tournament and others.

Holli grew up in the St. Louis area and attended Southern Illinois University. She holds degrees in Speech Communication/Public Relations and Mass Communications/Journalism.  She lives in Fort Myers with her husband, Larry, and son, Patrick.  Her oldest son, Connor, serves in the Marine Corps and is stationed at Camp Lejeune. He is married and in late August of 2021, became a father to Holli’s first grandchild, Jamyson.

Fill out my online form.
Copyright © 2022. All rights reserved